Giulietto Chiesa: reflections on working with him as a Member of the European Parliament 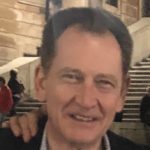 Giulietto Chiesa will be remembered primarily as a journalist, and – as so often with good journalists – a polemicist. A product of the Italian young communist league, his time as Moscow correspondent for the Italian Communist Party’s newspaper L’Unita taught him fluent Russian and equipped him to write intelligently on the politics of Russia and the Soviet bloc, including on the continuation of Soviet era habits in post Communist countries.

I knew Giulietto as a politician, a path he chose later in life. He was successful in local politics in Genoa and, as a result of an an alliance between his party’s leader Achille Occhetto and Italia dei Valori leader Antonio di Pietro, Giulietto joined the Liberal ALDE Group upon his election as an MEP for Italy from 2004-09.

For the then Leader of  that Group to write in praiseworthy tones of a convinced Communist must seem as odd as his agreement to join the Group, but Giulietto was a remarkable politician. He disliked the EU, yet sat in a federalist Group and showed pride in it.

He was a pacifist, yet formed a strong bond with former French General and NATO troop commander Philippe Morillon, a fellow MEP. His open-minded approach, rooted in strong principle, made him a popular colleague to Liberals. Values were important to Giulietto, and though our political opinions differed I respected his fundamentally humanist philosophy. Despite being no longer in the flush of youth, he brought a refreshing enthusiasm and an energy to politics at EU level and carried his intellectual curiosity past an age at which too many become cynical.

Giulietto did not remain in the ALDE Group which I chaired. Due to a falling out between Occhetto and Di Pietro he was instructed to leave us before the end of the mandate, which he did reluctantly, sitting as a very independent member of the Socialist Group. Nonetheless he is remembered fondly for the important contributions he made to Liberal debate. I recall in particular our joint campaigning for EU action to tackle the unhealthy concentration of power in too few hands and to ensure media pluralism. We failed, and it is perhaps only the subsequent development of social media which has limited the price society has paid for our failure.